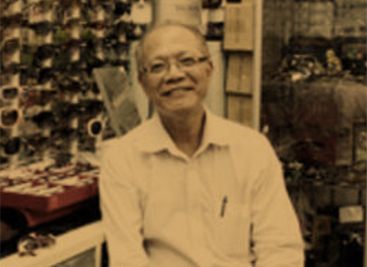 New China Opticians founded in 1927 and bought by current owner Tony Lim from its third generation owners a few years ago, has always been known for its stock of vintage eyewear from brands like Ferragamo, Versace and Coach glasses, as well as older brands like Maczler and Rodenstock. But for four years now, Lim has also been selling his own design under the Tony Hardy brand. The frames are specifically designed for Asian wearers. Each piece is handmade in Taiwan, Korea or China, and sports an adjustable nose bridge and a more angled lens rim that doesn’t end up sitting on one’s cheeks. It sports a colourful cartoon scene of a bustling modern Singapore street. Look out for future styles in their recently launched website – like bamboo-hewn spectacles, and maybe even a ‘Bobby’ style, named after local actor Bsobby Tonelli, who’s said to be a massive fan.

No products in the cart.

close
custom made bed
Tell us some basic requirements and features about your bed.